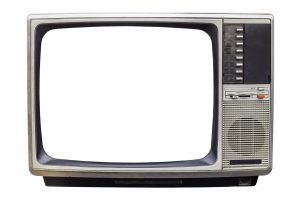 Television disposal. Words that hit hard when it’s time to dispose of this common electronic. While it doesn’t seem too difficult, you’ll quickly find out it’s very hard to offload. This is due to a number of reasons, including hazardous materials and very little demand for used units. So, read on to learn more about television disposal and what you need to know.

While there are a few things to do with a television, darkening the curb certainly isn’t one of them. It’s ugly and won’t serve any purpose if exposed to the weather elements too long. But you simply can’t help wonder why it’s not hauled away with all your other trash. In a word, it’s toxic. There are many hazards materials inside.

Low commodities prices around the world are making life difficult for electronics recyclers, especially those struggling to get rid of toxic materials from obsolete television sets. The result: Old TVs being dumped in the trash or on the side of the road and e-recycling companies improperly disposing of them, including a company caught last year burying old TVs and other electronics devices in a 10-foot-deep hole in a field. And that is bad news for the environment. --NBC News.com

Hazardous materials mean danger. They also mean quite a bit of hassle to load. And, fees pertain to legally dumping and recycling these electronics. That means you’ve got a problem on your hands. However, it doesn’t necessarily mean you’re stuck with it.

But, this certainly doesn’t mean you’re outright stuck. There are things you can do with that television and move on with your life. Here are some helpful television disposal options you can use: