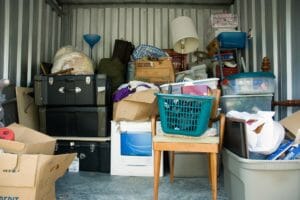 If your contract isn’t expiring and you just need out, you might consider breaking the self storage contract lease. That’s not a good idea because it creates a slew of new problems you’ll be smart to outright avoid. But, if the lease is nearing its end, you’ll probably have a renewal period in the contract. This clause generally gives renters some incentive to stay but if the stuff you’re storing isn’t worth the extra cost, you should carefully review the lease contract.

The U.S. has more self-storage facilities than all other countries in the world put together — by a considerable margin. Which means that although we have more places to store our surplus stuff, there are also more opportunities for unscrupulous unit owners to scam renters. While most self-storage owners are honorable in their dealings, as in any business, there are also some crooked ones. —Scam Busters

In most cases, there are different dates you need to be aware of — like the earliest date of giving notice of vacating, the first day to opt to renew, and so on. It’s a good idea to be completely out of the unit well before any of these dates to avoid any costly fees or just plain hassle.

Storage unit contract expiration presents an opportunity to step away and save some money. Here’s what you need to know about self storage contract expiration: Now, it’s time to get rid of what’s left in the Vacaville unit before it’s too late. If you leave things in the unit too long, you’re going to risk having to pay an expensive fee. So, phone 800-737-5923 or visit Junk Garbage Removal.