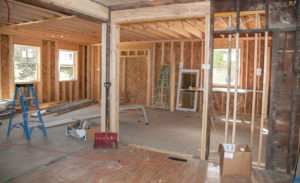 Summer isn't exactly over, but it is beginning to come to a close. If you've been thinking about doing some remodeling, perhaps tackling a project or two, now is the time. You might not know it, or, even stop to consider some cost factors, but, renovations, in general, are less expensive during the summer months. Even into the early part of fall, home improvements cost less than at any other time during the year.

So, why is it that remodeling and renovation aren't as costly during the summer and going into autumn? Well, if you think about it for a moment, there are a few reasons why. More people take vacations during the summer -- some also put off extended weekend getaways until fall. This means contractors have less work and are more willing to negotiate. Another factor is that it's more difficult to work in the winter because of the conditions. What's more, people don't like to completely uproot their schedules around projects, which are all the more complicated once the school year gets into full swing.

It’s no secret that spring is the time for cleaning and summer is the time for tackling your major renovation projects. Looking to change up the look of your home but don’t have the time or budget for an extreme home makeover? There are plenty of budget friendly projects to spruce up every room in your home. --U.S. News and World Report

Keep in mind, though, that the longer you wait, the more expensive it will be, since other homeowners are trying to start and finish before winter. If you are considering renovating, you should know which projects will save you money:

While you’re doing your home improvement project, it will generate a ton of remodeling debris. Call Pro Junk Dispatch to clean it all up so you don’t have to break your back.