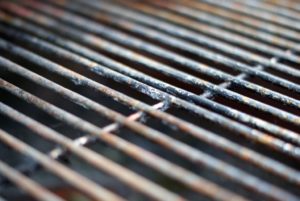 Old BBQ grill disposal options. Ever think about such a thing? Probably not. That is, until there’s no denying that old outdoor grill is just way beyond saving. (Or, you simply can’t wait any longer to upgrade to the latest and greatest.) When it’s time to let go of your grilling apparatus, you’ll quickly discover it’s not a hot, in-demand item. Actually, it’s downright repulsive and that presents a really big problem. Good thing there are a few old BBQ grill disposal options.

Before we get on to the gas grill disposal options, let’s first consider salvaging it. After all, there’s not much on the appliance which can’t be replaced. Even if there’s some rust issues, those too can also be repaired. Of course, you don’t want to spend too much. Usually, for just a little money, you can replace the rock gate, igniter, and burner assembly.

Any rust can be effectively dealt with a wire brush and the right grit sandpaper. With some elbow grease and a little tinkering here and there, you can restore an old BBQ grill in a day. Then, use it for years to come to cook those tasty meals.

Even if it’s past its usable life, don’t set it out on the curb. Chances are excellent the local trash collection service won’t pick it up because it contains hazardous materials. Instead, try one of these old BBQ grill disposal options: If you need BBQ grill disposal, go ahead and phone 800-433-1094 or visit Junk Garbage Removal.