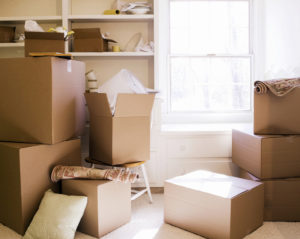 Moving–ugh–the one thing no one looks forward to doing, even though what’s at the end is filled with anticipation and excitement. It’s difficult to maneuver furniture down tight hallways, contort yourself to get the couch out the front door, and, bad breaking to lift that heavy bed frame. Then, there are all those bulging boxes to pick up twice, move, and unpack. But, there are ways to make moving easier. All of this is to say nothing about the time it takes and the money it costs, even when you’re not hiring a moving company. What you might not consider is there are things you can do to save money, and, even make money when you move.

Moving Tips that Make and Save Money

That sounds great, you’ll be able to cut down on the amount of stuff you need to take with you and put a little cash in your pocket at the same time. So, how is it you can not only save money on your move and make a bit while doing it?

Summer is prime moving season. And who doesn’t relish the chance to push a bookcase up a flight of stairs during the hottest part of the year? While you can’t control everything (and moves often morph into extended exercises in Murphy’s Law), you can make it a lot easier. And cheaper. —Bankrate.com

Well, the answer lies in getting creative and exploring every option. You probably know the saying about one man’s trash is another’s treasure but aren’t sure about how to exploit that fact. Here are some ways you can save money on your move and even make money from the transition: If you have a bunch of stuff that you can’t sell or donate, call a junk hauling service to pick it up and haul it away.