Martinez Commercial Appliance Disposal Options You can Use 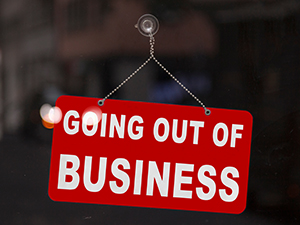 Commercial appliance disposal isn't exactly an easy feat to pull off. When you’re remodeling or doing build-out of a commercial space, you’ll generate a lot of waste and debris. But, keep in mind, that now isn’t the time to do anything rash just to get rid of them or to panic to rush through the process. It's important to act responsibly so you don't unwittingly cause yourself unneeded trouble.

The problem with commercial appliance disposal is really threefold: it's used, it is also likely old or older, and these are niche products. In other words, there's not a whole lot of demand. All of this, not to mention the fact you can't push it out to the curb.

…the numbers aren’t in the favor of small-business owners, the U.S. Small Business Administration reported that an estimated 552,600 new companies opened for business in 2009, while 660,900 businesses closed up shop. Things look even worse if you’re in the food service sector where the National Restaurant Association says 30 percent of new restaurants fail in the first year, with another 30 percent failing within the next two years. --Entrepreneur.com

Put another way, it's just not all that simple to get rid of commercial appliances. After all, these are large items and that severely limits what you can and can't do with them.

Martinez Commercial Appliance Disposal Options You can Use