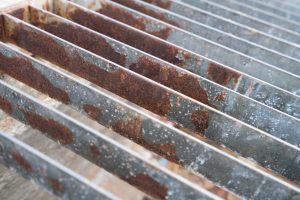 Gas grill disposal. Words which can really sour an entire day. Sure, you’re excited to get the latest and greatest. But, you’ve got to do something with the old gas grill. And, this won’t necessarily be a cinch. In fact, it’s downright difficult, given the components and the fact it’s connected to hazardous waste. Although, not all is lost. There are gas grill disposal options you can try.

Before we get on to the gas grill disposal options, let’s first consider salvaging it. After all, there’s not much on the appliance which can’t be replaced. Even if there’s some rust issues, those too can also be repaired. Of course, you don’t want to spend too much. Usually, for just a little money, you can replace the rock gate, igniter, and burner assembly.

Disposing of an old or damaged barbecue gas grill is not as simple as merely throwing out the unit. Because of the specific and potentially dangerous nature of typical gas grill components, owners of these barbecue grills can’t simply put the grill out with the normal household trash. Even if you’re trying to be responsible and recycle gas grill parts, certain items, like propane tanks for example, are not suitable for recycling right away like other recyclable materials you may toss. --Do It Yourself

Any rust can be effectively dealt with a wire brush and the right grit sandpaper. With some elbow grease and a little tinkering here and there, you can restore an old BBQ grill in a day. Then, use it for years to come to cook those tasty meals.

If you can’t restore it with a bit of TLC and elbow grease, you’ll have to dispose of it responsibly. That way, you can reward yourself by purchasing a new barbecue grill and testing it out with new recipes.

If you need gas grill disposal or have other junk to throw out in Sarasota, just phone 800-737-5923 or visit Junk Garbage Removal.