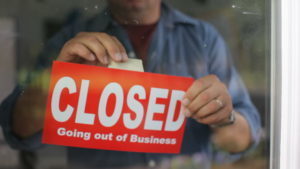 Commercial appliance disposal. It’s not something most business owners think about. That is, until reality comes crashing down. The fact of the matter is, this isn’t at all impossible but it’s not necessarily an easy task to pull off. Yes, you do have options when it comes to commercial appliance disposal but they are few, albeit feasible. The truth of the matter is, you just don’t know until you try. So, let’s look at the situation.

Commercial appliance disposal isn’t as straightforward as one would think. In fact, it’s often far more difficult than a cinch. There are several reasons for this. The most obvious being that there’s very little demand. Even if there are like businesses around, few (if any) will readily welcome used appliances. But, this doesn’t mean you’re outright stuck. There are some commercial appliance disposal options you can try out.

…the numbers aren’t in favor of small-business owners, the U.S. Small Business Administration reported that an estimated 552,600 new companies opened for business in 2009, while 660,900 businesses closed up shop. Things look even worse if you’re in the food service sector where the National Restaurant Association says 30 percent of new restaurants fail in the first year, with another 30 percent failing within the next two years. —Entrepreneur.com

Still, you must appropriately dispose of them. Which means, you do have a few options. It doesn’t mean taking the risk of leaving that stuff behind or going the illegal dumping route. Both are really bad ideas and will only make things a lot worse.

Commercial Appliance Disposal Tips for Union City and Beyond