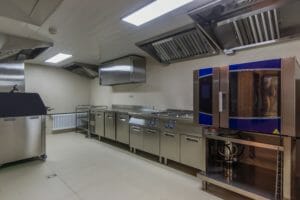 Commercial appliance disposal isn’t as straightforward as one would think. In fact, it’s often far more difficult than a cinch. There are several reasons for this. The most obvious being that there’s very little demand. Even if there are like businesses around, few (if any) will readily welcome used appliances. But, this doesn’t mean you’re outright stuck. There are some commercial appliance disposal options you can try out.

Closing up a business is a tough process. It’s not only emotional, but there are many logistical challenges. For example, the conundrum of what to do with retail display cases. Sure, they might be in good condition. But, only another business could really use them. And, that in itself is problematic. While you might find a taker, what you’ll get for them versus what you paid is unsettling.

…the numbers aren’t in the favor of small-business owners, the U.S. Small Business Administration reported that an estimated 552,600 new companies opened for business in 2009, while 660,900 businesses closed up shop. Things look even worse if you’re in the food service sector where the National Restaurant Association says 30 percent of new restaurants fail in the first year, with another 30 percent failing within the next two years. —Entrepreneur

The same holds true for other commercial items. Even if you aren’t closing up shop for good and replacing those old commercial appliances with new ones, you’ll still have to deal with the old units. Those machines aren’t exactly in high demand but they aren’t completely devoid of value.