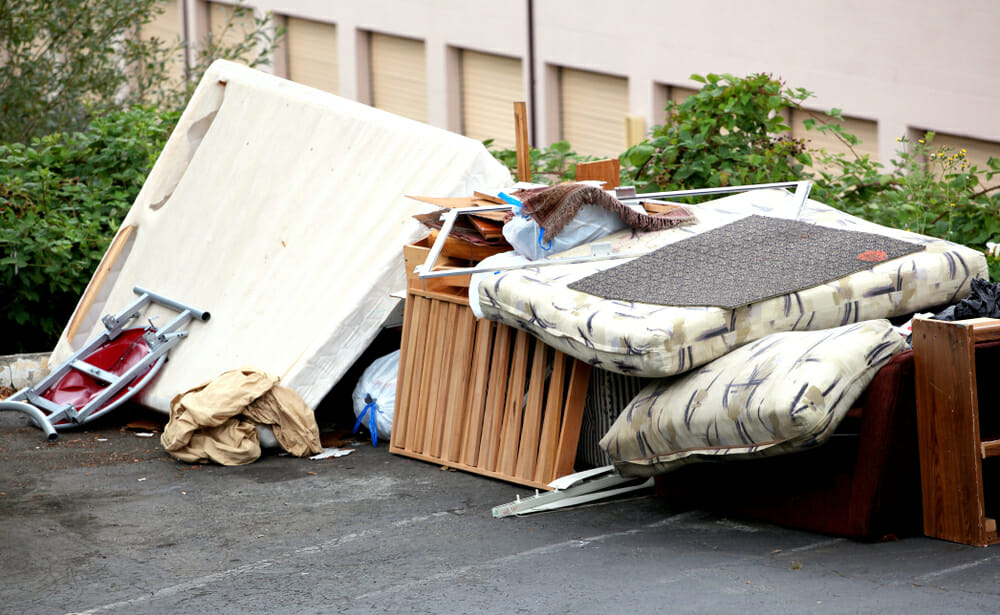 Junk disposal don’ts. Yes, there’s such a thing. In fact, if you do not take care of refuse right, you’re in for trouble. It could come in the form of a code violation. Or, perhaps having to pay a hefty dumping fee. (This, after you rent a truck or trailer to haul it.) So, read on to learn more about the biggest junk disposal don’ts.

Let’s face it, nobody wants to deal with things that are little more than junk garbage. (It’s why you need to avoid junk disposal don’ts.) No matter what it is, it’s not exactly exciting to have to deal with it. The reason you struggle with purging isn’t because you’re not willing to do so, but the time it takes. One thing successful people know is, their time is more valuable than anything else. It’s more important than capital or connections, because it’s so finite.

Illegal dumping has become an increasingly large problem throughout the United States. Offenders often dump late at night to avoid the cost and inconvenience of proper waste disposal. Because the dumping of garbage, household appliances, abandoned automobiles, construction and demolition debris, hazardous materials, and other waste endangers public health, states have enacted a variety of laws designed to address the problem. —Nolo

Every day, the average person generates 4.3 pounds of waste. There are more than 3,500 landfills across the country, and 55 percent of the 220 million tons generated annually goes to these locations. Those are certainly staggering numbers, and shine a light on just how much materials, organic and inorganic, we use and waste.

When you’re ready to be rid of the old, you’re going to be faced with what ostensibly seems to an easy task — it isn’t. Different facilities and collection services won’t accept certain items. So, it’s best to repurpose, donate, sell, or recycle, but there are five things never to do with junk: When you need junk disposal in Palm Harbor, just phone 800-737-5923 or visit Junk Garbage Removal.